Dr. Rojas is Professor of Bio-based Materials in Aalto University (Finland). Previously, he was Professor in the departments of Chemical and Biomolecular Engineering and Forest Biomaterials of North Carolina State University (USA).

Earlier in his career he was a senior scientist appointed by the Royal Swedish Academy of Sciences in the Royal Institute of Technology (KTH), a postdoctoral fellow in the Institute for Surface Chemistry, Sweden and research assistant in Auburn University.

He is the recipient of the 2015 Nanotechnology Division Technical Award and IMERYS Prize for outstanding contributions that have advanced the industry’s technology. He was appointed as a “2013-2017 Faculty Scholar” of NCSU and ACS Division Award of “Cellulose and Renewable Materials”. His work is centered on the utilization of lignocellulosic materials in novel, high performance applications and the interfacial and the adsorption behaviors of surfactants and biopolymers at solid/liquid interfaces.

He has published over 200 peer-reviewed papers related to these topics. He and his students have given +270 conference presentations and has been invited numerous times (+170) as a speaker in conferences, universities and research centers worldwide.

The recent efforts of his group, “Bio-based Colloids and Materials”, deal with the development of nanostructures from the fiber cell wall and cellulose derivatives, the dynamics of enzymatic reactions and the design of stimuli-responsive materials and multiphase systems. 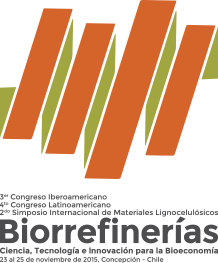